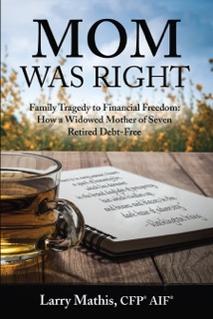 My Earliest Memories
Because I was so young when my dad died, I remember very little about him. I know that he once owned a restaurant, which my grandfather had sold to him. But the business went under and he was so far in debt that we lost our home. Right before he was killed, we were forced to move into a rental home.
I’m number six in line, with five sisters and a brother. The oldest of my siblings is my sister René; she’s thirteen years my senior. David is second, ten years older than I am, and without a doubt, one of the most influential men in my life.
Jeri’s next in line and may be the smartest one of all. Kim’s in the middle and was practically my “second mother” throughout much of my young life; she often wrote school permission slips and excused absence notes for me. My sister Debbie is next, and Tracy was the last to arrive; she’s just a year and a half younger than I am.

​At thirty-five years old, Mom was a full-time wife and mother, which was quite common for women her age during the mid-1960s. She and Jerry were the parents of seven children, ranging in age from fifteen months to sixteen years old, living an ordinary family life.
But October 5th was no ordinary day. My thirty-seven-year-old father would not return home that night, or the next day – or ever again. He was shot and killed when a madman opened fire on him with a thirty-two caliber rifle.
I was three years old at the time, so I remember little of what went on that day. But I was told that my dad was killed while protecting a battered housewife from an angry, abusive husband. It would be many years before I found out the details behind his horrific death.
With my father’s sudden death, my mom’s life was completely turned upside down.
Nothing, of course, could have ever prepared her for such a devastating event. In many ways, she was ill-equipped to take on the responsibilities that were now hers alone.​

Mom’s Humble Beginnings
A Depression-era baby, Jeannine Mathis was born on July 19, 1930, the only child of William and Myrtle Clarkson. (Later in life, my mother’s parents would divorce and each of them would go on to marry different spouses and have other children.)
Mom grew up in Nebraska and graduated in 1948 from Norfolk High School. Her graduating class voted her the wittiest and the second prettiest girl in her class. Second prettiest? Give me a break! Who on earth could have been prettier than my mom? She was always the most beautiful woman in my book – inside and out.
My grandfather had worked as a mechanic, coal miner, and butcher while my mother was growing up. Later, he became an entrepreneur, owning several restaurants in Phoenix. He made a great deal of money in Arizona real estate in the 1960s. He was a workaholic, and although ​he was financially successful, he spent little time with his family. He died in his late fifties and much of the wealth he created was lost to estate taxes, which were close to 80 percent in those days, and very little of it was passed on to his children. If he had just taken the time to do some basic planning, all the fruits of his labor could have been passed down to his family instead of Uncle Sam.
My mom once told me that her father didn’t believe women should be educated beyond high school. In his mind, they were better off getting married and having babies. So, although she was very smart and quite capable, Mom didn’t go on to college after graduating from high school. (Later in life, she did take some college courses, including German and creative writing.) She and my dad married shortly after high school graduation and began raising their family. Before his death, my mother’s only work experience outside the home was a few part-time jobs.

larry is available for speaking engagements.

The Day Our World Changed
“There is in every woman’s heart a spark of heavenly fire, which lies dormant in the broad daylight of prosperity; but which kindles up, and beams and blazes in the dark hour of adversity.”
– Washington Irving

The date was October 5, 1965. For my father, Jerry Mathis, it was a typical weekday morning. He showered, ate the breakfast his wife Jeannine had prepared for him and left the house at the usual time, giving her a quick peck as he headed out the door. For Jeannine, it was just another day in the Mathis household, getting all the kids fed, making lunches, and getting them off to school.

Life Lesson:
Make financial decisions based on what you value most.
Love often requires tough lessons, allowing children to make their own mistakes, both personally and financially. As you read this brief work, it’s my desire that you too can learn from the lessons I learned from my mom, lessons about love and finance, integrity and dogged determination, all of which I’m working to instill in my own children.

In Other Words
“Life is not easy for any of us. But what of that? We must have perseverance.”
– Marie Curie
“I have learned over the years that when one’s mind is made up, this diminishes fear.”
– Rosa Parks
“There is no chance, no destiny, no fate that can circumvent or hinder or control the firm resolve of a determined soul.”
– Ella Wheeler Wilcox​

​Overcoming the Impossible
I can’t even imagine my mother’s shock and devastation of suddenly losing not only the love of her life, but also the family breadwinner. She faced extraordinary challenges that would have proven overwhelming for most people:
• She had seven children, ages fifteen months to sixteen years old, who were now her sole responsibility.
• She had very little work experience outside the home.
• She had no college education.
• She had very little experience with personal finance.
• She had no home of her own. She and her family lived in a modest rental home.
• She had no credit record because back then credit was only in the husband’s name.
On the plus side, she had the proceeds of a $50,000 life insurance policy my dad had taken out two years earlier. Today, a half-century or so later, it would equate to about $375,000 in buying power. Still, with eight people to feed, clothe, and support, that wouldn’t last very long, but it was a start.
Jeannine Mathis, however, had something much more important going for her – a burning desire and a fierce determination to provide for the health and welfare of her children. This became her life purpose and she dedicated herself completely to it. She had figured out the most important first step of financial planning – the “why.” With her values and priorities firmly in place, she was ready to tackle the next step – the “how.”
Because Mom knew little about financial matters, she took the time to learn and proved to be an excellent student. She used some of the insurance proceeds to purchase our home, making a small down payment and financing the balance via a 30-year mortgage with a fixed interest rate of 3 percent.
Mom did have other income available to her through Social Security survivor benefits that were paid to her for each child. But she knew those payments wouldn’t be there forever and that the insurance money would have to last for a long time. Over the course of the next three years, she invested the majority of the money carefully and, it turned out, wisely.
Of course, the degree of wisdom in investing one’s money doesn’t become clear until the results are in. For someone who started out knowing little about finance, Mom had learned well, as you’ll see in a later chapter.
After Dad’s death, Mom also realized that, for the first time in her life, she’d have to seek full-time employment. Her first job was as a rural-route mail carrier for the Glendale Post Office in Arizona. Her salary was about $2,500 – per year! Then, in 1967, she was awarded the U.S. Postal Service contract at Luke Air Force Base in nearby Glendale. She would spend the next twenty-five years as a civilian contractor running the base post office until she retired in 1992. And here’s something that totally amazes me. My mom retired at age sixty-two, and she earned her largest annual salary that year – $21,667.
On this meager salary, and the few income sources mentioned earlier, Mom was able to retire completely debt-free, including having both her house and her car paid for. In addition, she had accumulated a six-figure nest egg, and, if necessary, she probably could have lived off her Social Security income of about $850 per month.
Of course, this story is about a lot more than how to handle money. It’s about a young single mother who, out of sheer love and determination, rose above the tragedy of unexpectedly losing her husband and taught her children how to come together during trying times and contribute to the family life in a meaningful way – by doing chores, working part-time jobs and looking out for each other.
Some of the lessons we learned were born of pure necessity. Mom couldn’t possibly do it all, and she couldn’t just say “yes” to all the things we asked for. In fact, she usually said “no” more often than not. Growing up this way was sometimes difficult, and certainly different from most of my friends’ lives at the time. But decades later, I realize that when you learn the hard way, it sticks with you and changes you for the better.